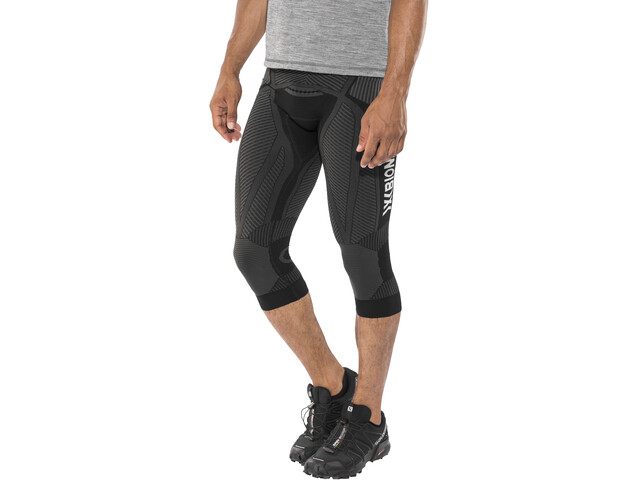 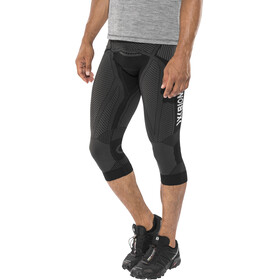 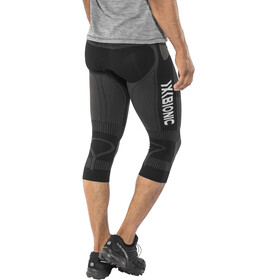 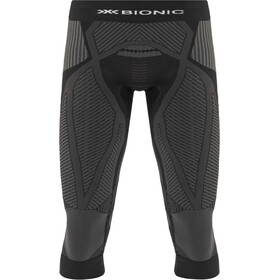 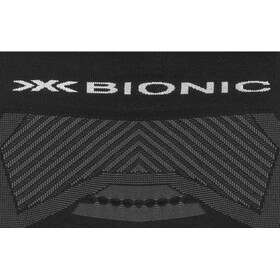 Skin Nodor
Skin Nodor is a climate-activated nano-filament which incorporates an inorganic, bacteriostatic ingredient in its interior. The gradual release of ions, which are activated by body heat, is the key to the effectiveness of Skin Nodor. These ions inhibit the growth of microorganisms rather than eliminating them outright, thus preserving the delicate balance of the skin‘s ecosystem. In other words, Skin Nodor is bacteriostatic (i.e. it inhibits bacterial growth), rather than bactericidal (bacteria-killing). Therefore, allergic reactions do not occur. Skin Nodor is especially soft and breathable and provides superior fit.

The Trick
Normal thermoregulation during athletic activity follows defined rules: When the body temperature during activity climbs over a certain point, sensors in the back notify the brain via the spinal cord of the need for cooling. Only then is sweat produced to cool the already overheated body. With The Trick, the developers at X-Bionic have found a new and superior way to thermoregulate. Along an insulation zone on the spine, an overheating of the body is simulated, and the brain kicks in with early sweat production.

ExpansionKnee
A knee can bend up to 160°: however, most pants can’t withstand this stress without being pulled thin and hence, resulting in a loss of functional insulation. In contrast, the accordionlike construction of the Expansion Ribs retains its insulating properties rather than losing them when the knee bends. A highly flexible system of chambers and channels spreads open with each movement, releasing the warm air stored inside.