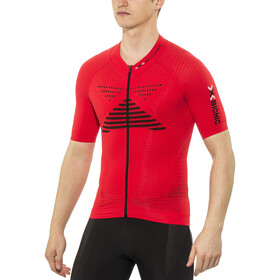 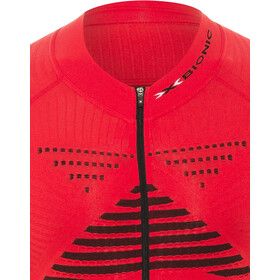 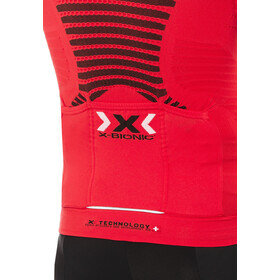 Step beyond the current limits of physics? All clear ahead! Effektor Biking Powershirt. You’ll pull away effortlessly from the competition wearing the Effektor Biking Powershirt. That’s because Effektor Technology increases your performance ability, allowing you to reach a higher athletic level more quickly. No matter if you are a time trial specialist, sprinter, power hill climber or take part in one-day road races. With the Effektor Biking Powershirt, you gain strength and conditioning. Its secret is the unrivaled X-Bionic Partial Kompression. It puts pressure on your muscles just via 1-mm-wide ridges. That reduces muscle vibrations, improves the uptake of oxygen and nutrients to muscles, and enables faster regeneration. The 3D-BionicSphere System on the chest and back also enables continuous air circulation, allowing sweat to evaporate and unleash its important cooling power. That saves valuable energy needed by the body for competition. Effektor thus prevents early onset of fatigue, even in the hardest races.

3D-Bionic Sphere System
Leaves residual moisture on the skin that the body does not interpret as dampness. We have no sensors for sweat. We can only perceive sweat mechanically once drops form and begin to trickle down. Only at that point do we register “wet”. Sweat Traps absorb this moisture before it is felt, drawing it away to be evaporated and disposing of it through thermal dynamics. Only a thin film of moisture remains on the skin. Cooling is of course not possible without moisture.

Sweat Traps
Trap perspiration before you start to feel it. Wick perspiration away so it can evaporate using heat dynamics. A film of perspiration – too thin to be noticeable – is left behind to cool the skin.

Neural-Response-Effect
Effektor Technology recognises neural physiology as an extra boost to performance ability. With X-Bionic Partialkompression it exerts constant targeted pressure on the peripheral neurons and sets up a constant state of fight-or-flight. This constantly activated relationship to the nervous system enables an optimised muscular use and creates decisive performance advantages. 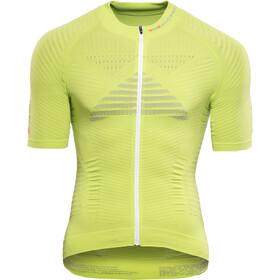