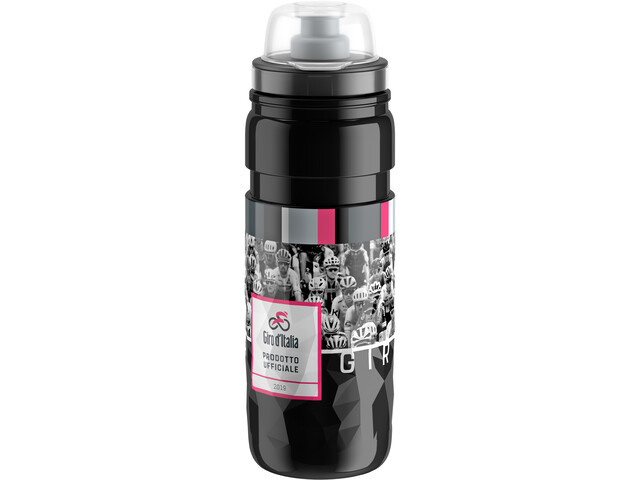 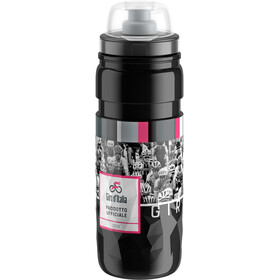 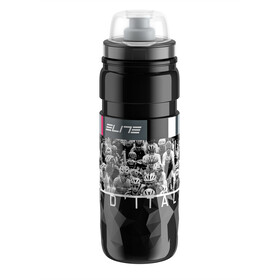 "One second to become part of history."
The black FLY GIRO models, with their graphics and images, express the warmth of a tradition that has united our country for over a hundred years, whose history is told through portraits of the greatest cyclists of recent years. With attention also to the fans, protagonists, although only for a second alongside the champions, who pass by with a truly unprecedented emotional participation and are fundamental part of every edition of the Giro d'Italia.

"One second to become a part of history" is indeed the leading claim of the "clear", transparent FLY GIRO, a perfect combination of innovation and tradition, with the iconic Endless Trophy logo, which unites with the racer by reproducing the figure graphically.

Elite FLY, the lightest WorldTour water bottles
The Elite FLY series is recognized worldwide as the lightest line of water bottles in the world, thanks to its unmatched lightness, 30% less than the traditional water bottles available on the market. This superiority is made possible by the variable thickness structure with which they are made, thinner on the central body and thicker on the top and bottom of the bottle, which reduces material consumption without compromising the resistance of the product and its qualitative characteristics.

At the same time, the soft structure of the water bottle ensures a simple and abundant supply of liquid with the least manual pressure. Ideal for fast and satisfactory hydration even in difficult conditions.