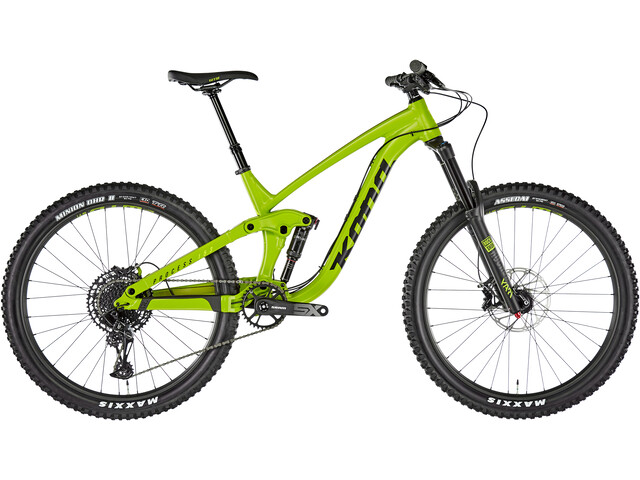 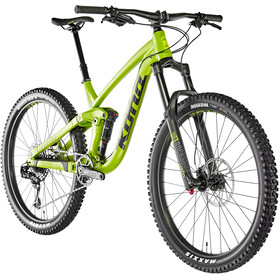 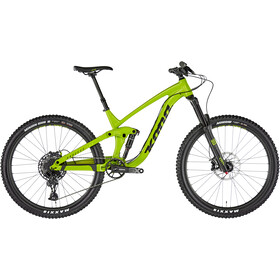 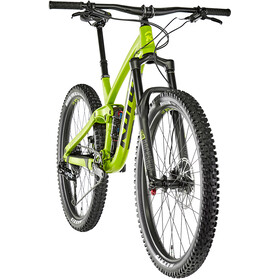 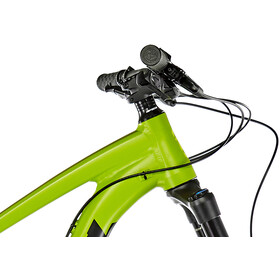 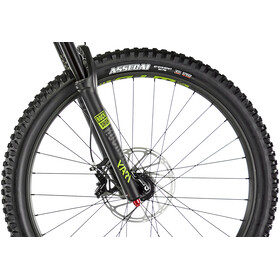 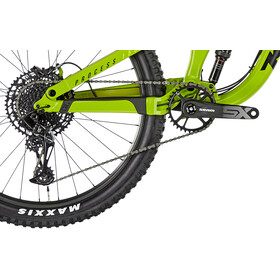 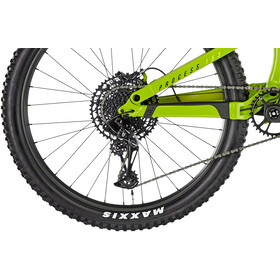 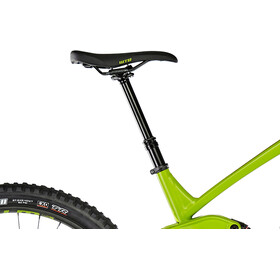 The Kona Process Bike-Line has caused enthusiasm among testers of the trade press, bike professionals and hobby pilots alike. At a time when trail and enduro bikes are increasingly made of carbon, Kona's aluminium process convinces with its inner values. The very stiff frames with a comparatively simple rear end and the strongly sloping top tube do not only claim to have a modern and aggressive geometry. They have anticipated the development. With very long top tube and wheelbase, really short rear and flat steering angle, they have an impressive handling in all suspension travel variants and seem to blossom really the more the trail goes to the point.

The Kona Process 153 stands on wide 27.5 inch wheels, has a moderate 153 mm travel at the rear and a 160 mm Rock Shox Yari at the front. But you shouldn't be deceived by the travel of a typical All Mountain Fullys in this country with the Process 153. The progressive bike shows the character of an enduro race bike, rewards aggressive and powerful riding with razor-sharp handling and only seems to get faster and faster. On the way to the next trail entry, the seating position and rear triangle prove to be quite efficient.

Like all Process models, the Process 153 is limited to the gorge-less operation, relies on the 1x12 Sram NX-Eagle drive, but already gets the widely graded 11-50 cassette. The Sram Code RSC disc stoppers will slow you down again when you and the Process go through the motions. For Kona, an adjustable saddle support is standard equipment on such a potent bike. Maxxis tyres, WTB and Kona parts complete the bike.

SEMI-INTEGRATED HEADSET
The great advantage of an internal headset, where the bearing shells are actually pressed into the frame and are easily removable, is the additional protective layer that protects the bearings from the elements. An internal headset also reduces the height of the body, making it easier to adjust the height of the stem and handlebars to provide the best fit for the driver.

KONA 6061 ALUMINIUM
Kona 7005 and 6061 aluminum alloys are very strongly represented in mountain bikes and asphalt bicycles. Kona 7005 and 6061 is a strong, strong and cost effective light alloy that delivers both fantastic and reliable performance over thousands of rides. Much of the 7005/6061 tubing is butted and/or shaped, meaning that the wall thickness of the tubing can be both increased and decreased and shaped, allowing Kona to fine-tune a specific frame to customize strength and riding characteristics for each application.